WE'RE HERE FOR YOU!

At Mid-Illini Credit Union, we work hard to live the credit union philosophy of people helping people every day. Lenders help borrowers, employees help members, and we strive to create a fun environment where employees are valued, and service to our members comes above all else.

Our employees are friendly people who genuinely care about our members and about one another.

Let’s meet a few of them: 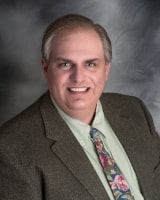 Tom was born and raised right here in Bloomington and graduated from Bloomington High School, then Lincoln College. He's been a Mid-Illini member since he was 16 and started working here when he was just 18! Back then, Mid-Illini had just seven employees and about $13 million in total assets. From 1989 to 2002, Tom worked his way up from Teller to Vice President before being promoted to his current position as President.

Tom enjoys the relationships he's built with Mid-Illini members over the years, and the opportunity to truly help families build strong financial foundations through the products and services we offer here at Mid-Illini. 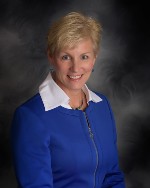 Robin grew up in the “booming metropolis” of Altona, Illinois, population: 501. She graduated from ROVA High School and then from Illinois State University before working for ten years as an Account Executive at a local television station. After that, Robin owned a Power Sport dealership here in Bloomington for 13 years, sold it in 2009, and joined Mid-Illini in 2011.

Robin's Mid-Illini career started as the relationship manager for our indirect auto lending program, then moved to the position of Loan Officer, where she demonstrated extraordinary risk management and leadership skills, which led to her promotion to her current position as Vice President of Lending.

Robin and her husband, John, live in Bloomington with two dogs and a parrot. She knew that working at Mid-Illini would be a good fit because of the great experiences she had financing motorcycles and ATVs for her customers when she ran her own dealership. Robin says, “Mid-Illini’s goal is to assist businesses in succeeding, growing and surpassing goals. It is a pleasure to lend a hand in the process.” 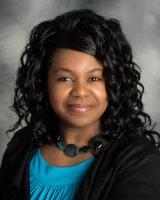 Sabrina was born and raised in Danville, IL, moving to Normal in 1998. She has a Bachelor of Science degree in Business Administration and is a graduate of the B/N Multicultural Leadership Program, Class of 2013.

Sabrina worked at two credit unions over 13 years in various positions from Teller to Accounting/Financial Manager before joining Mid-Illini in 2012 as the Branch Manager of our West Market Street location. In 2014 she transitioned to our Eastland Drive location as the Administrative Assistant and now serves as our Vice President of Operations.

Sabrina and her husband have three children and one granddaughter. She enjoys spending time with her family and supporting her children in their various community activities.

Sabrina is a community volunteer who believes in service to others, and she appreciates the opportunity to serve at Mid-Illini. 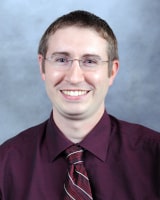 Derick comes to us from Pontiac, Illinois via Illinois State University. He graduated from ISU in 2004, with a degree in Finance. He joined Mid-Illini during his last semester at ISU as a part-time teller, worked as our Teller Supervisor for several years and is currently serving as a Loan Officer.

Derick and his wife Meghan have been married since 2006 and make their home right here in Bloomington. Derick enjoys providing great service to Mid-Illini members and listening to all their stories. 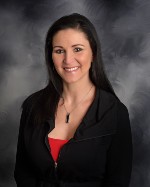 Terri comes to us from the mountains of Afton, Wyoming, an area also known as Star Valley. Her banking career started as a loan assistant at a big bank out west, where she earned experience in consumer and commercial lending. She moved to Illinois in 1997, went to work in Peoria, and then worked at another Bloomington-based credit union for five years. After a few years of staying home with her young children, she joined Mid-Illini in 2011 and is currently serving our members as a loan officer. Terri lives in Bloomington with her two boys and two big dogs. Of her work, she says, "I love doing what I do! Knowing I was part of a special purchase or easing a financial burden makes it all worth it."

Mid-Illini Credit Union has been helping families in and around McLean County build solid financial foundations since 1940.

We take pride in our not-for-profit business model, and we appreciate all the members and volunteers who come together to make decisions that benefit our communities and our team.

Because we are a member-owned cooperative, any Mid-Illini member over the age of 18 can be nominated to serve on volunteer Board of Directors. We encourage nominations from our membership because we believe that the demographic make-up of our board should reflect the demographic make-up of our membership. Board members are elected at our annual meeting.

If you’re interested in serving on the Board of Directors, please review the Nominating Committee Criteria and Board Responsibilities document.

Our sincere thanks and appreciation to the Mid-Illini members who have agreed to serve on our Board of Directors. 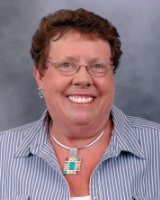 Carol graduated from NCHS and attended Illinois State University. She spent her career at GTE and retired in 1993. She lives in Bloomington and has been a Mid-Illini member since 1971.

About her Mid-Illini membership, Carol says, “When I became a member, it cost me a quarter. The credit union has always been there for me when I needed a loan, and I’ve always had a savings account.” 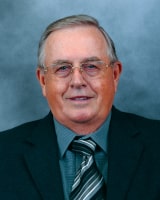 Tom has been a member at Mid-Illini since 1980 and has served on our Board of Directors since 2005. He grew up in Lexington and worked at the telephone company for 40 years before he retired in 2006. He currently lives in Danvers. 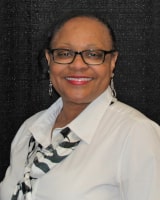 Linda was born and raised in Chicago, IL, and has been a board member since 2016. Linda and her two grown children and grandson, Myles lives in Bloomington, IL. Linda's most memorable moment is when Mid Illini Credit Union and Mount. Pisgah Baptist Church collaborated to provide services and programs to a new facility to the west side of the city. Linda was the first member to join Mid-Illini at Mt. Pisgah in 2013.

Linda received her Bachelor of Science degree from Eureka College and her Master of Social Work degree from Illinois State University. 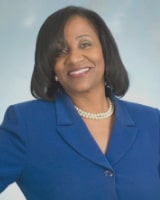 Willie joined the Mid-Illini board in 2018. She is an author of 3 published books, "Precious Treasures," "Seasons of our Lives," and "Cooking with Love," and is also a motivational speaker. Willie currently works as a real estate broker, serving as an assistant to Al Legg at REMAX Choice and is an event planner. She has been married to Charles for over 44 years and has five daughters. She retired from Illinois Department of Corrections in 2002 where she worked as a casework supervisor and assistant superintendent of parole. She believes she is blessed to bless others in her giving and volunteering of services. 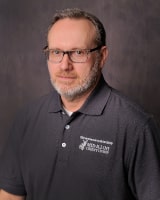 Ben is an area native and spent his 32-year career at Illinois State University. He held a variety of positions but ended up as Director of Operations in the Facilities Management Department. A Redbird through and through, he earned both his bachelor’s and master’s degrees at ISU.

He and his wife, Arlene, have two grown children and five grandchildren, and they still make their home in Normal.

Ben's board service started in 2014, and his favorite Mid-Illini memory is from interacting with members and fellow board members at our 75th-anniversary celebration and annual meeting. He says it's an honor to be on the board of directors and to represent such a fine group of members.

Tom appreciates the opportunity to work with the credit union members. Over the many years of Tom's service, Mid-Illini has helped countless families build a strong financial foundation. 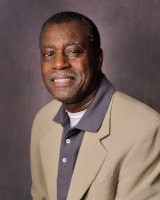 Lue grew up in Mississippi and graduated from Alcorn State University, then went on to a distinguished career with the USDA's Natural Resources Conservation Service. Lue and his family enjoyed the opportunity to travel the country and live in several different states. Lue has been a Mid-Illini member for over ten years and has served on the board of directors since 2012. He and his wife JoAnn have been married for nearly 40 years and currently reside in Bloomington.

Dave grew up right here in Bloomington and has been a Mid-Illini member as long as he can remember. After graduating from Heartland Community College, Dave went to work as a plumber and service technician. In 2019 Dave started his own plumbing business named Witt’s Plumbing.  Dave has served on the Mid-Illini board since 2013. He has two young children, a boy, and a girl. 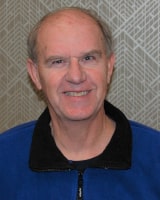 John is a native of Orangeville, Illinois and served as a math teacher in Unit 5 for 36 years before he retired in 2005. He earned his undergraduate degree from the University of Illinois and took his master’s in math education at Illinois State.

He’s been a Mid-Illini member since 1969 and has served on our board since 1973. He and his wife Susan raised a daughter and a son right here in Bloomington, and they enjoy spending time with their five granddaughters.

John’s favorite Mid-Illini memory is meeting NCUA Director Michael Fryzel at our 70th Anniversary Annual Meeting. He’s served on the Board of Directors for such a long time that he’s held every available position on every committee! 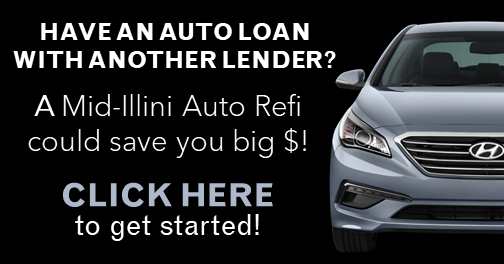 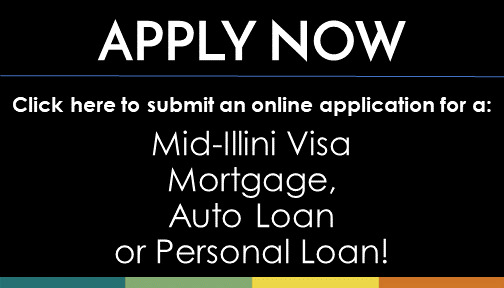 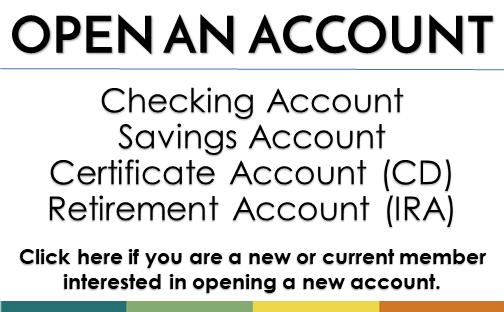 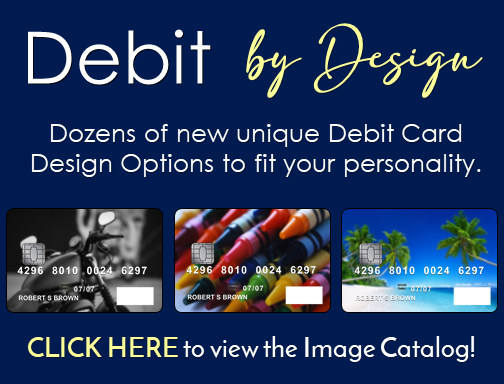